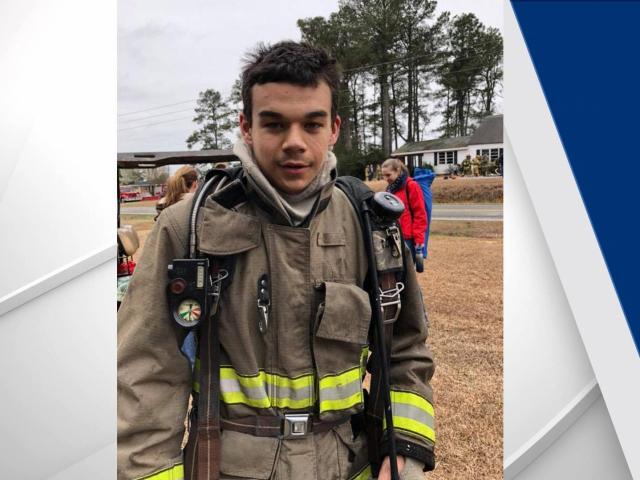 According to the Johnston County Sheriff’s Office, 17-year-old Brock Currens was riding an ATV and braked too hard. Officials said he knocked over the handrail of his ATV and later died at WakeMed from traumatic brain injury.

A Facebook event advertises the event at the park as a “Galot Crash Derby” which featured “full-contact” car racing.

According to the event page, about 20 drivers attended the event, which was held at 7 p.m. Saturday at the park off Highway 242 near Dunn.

According to Capt. Michael Bradley of the Four Oaks Fire Department, Currens served on the fire crew at Galot Motor Park and was a volunteer firefighter at Four Oaks for two years.

Park superintendent Dana Strickland said Currens was not working at the time of the incident, but decided to stay in case help was needed in the event of an accident and fire.

Several onlookers told WRAL News on Sunday that an ambulance bearing the words New Jersey was the first to assist Currens at the scene. Strickland said EMS arrived in about 12 minutes.

According to the Four Oaks Fire Department, Currens was a junior at South Johnston High School.

“He loved the outdoors and was an avid fisherman. He loved his truck and made it louder,” the department said in a statement. “Brock will be missed by everyone.”