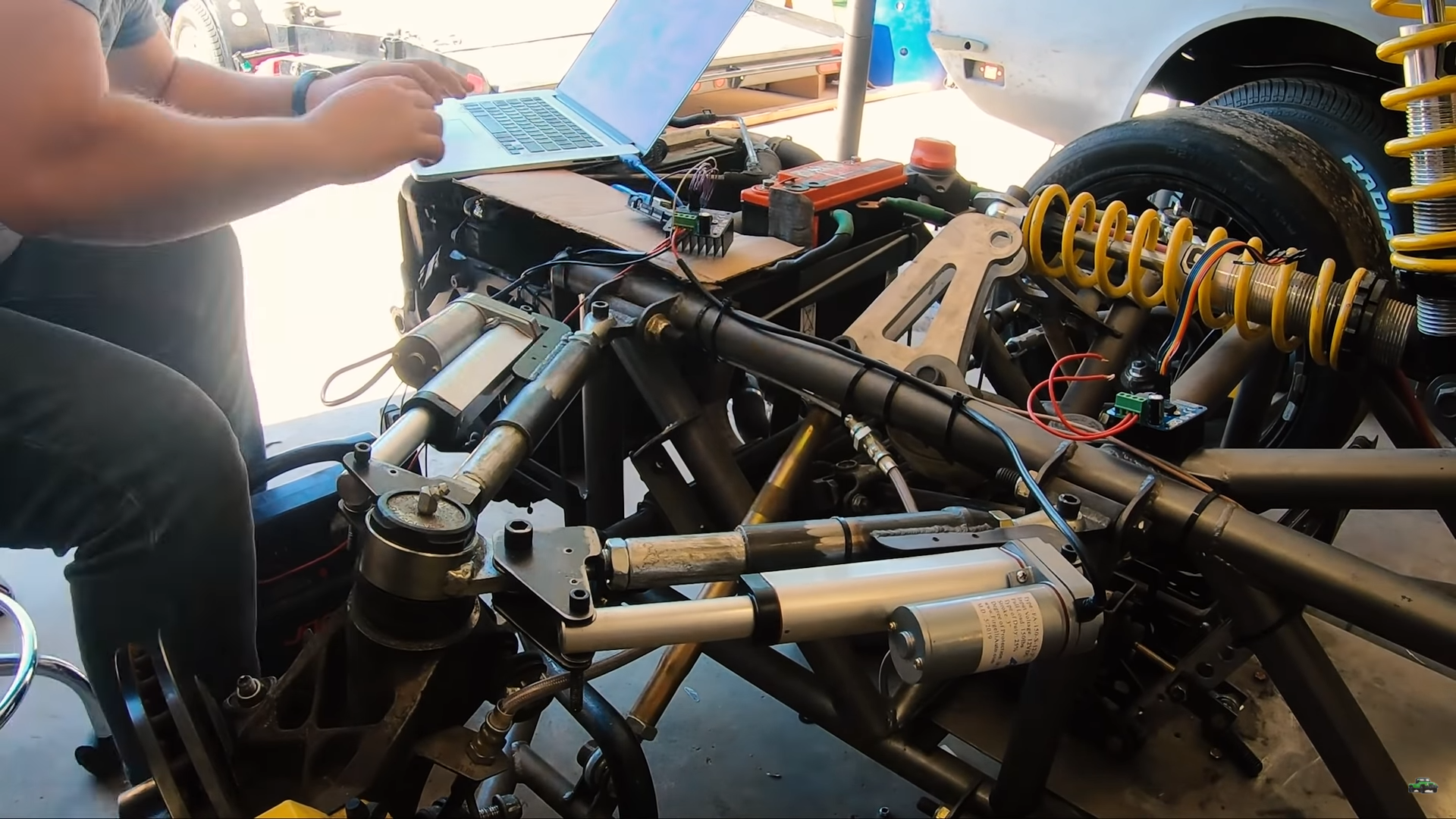 In automotive engineering, almost every design choice is a trade-off, like performance versus fuel economy, straight-line speed versus cornering, or strength versus weight. Inspired by controversial technology for the 2020 Formula 1 season, [Wesley Kagan] equip his DIY racing car with actuators to change suspension geometry while driving.

The controversial technology in question is Mercedes’ DAS (Dual Axis Steering). By pushing in and out of the steering wheel, the driver changes the wheel alignment to toe-in (wheels pointing out) for improved cornering stability, or neutral for straight sections.

Like many racing cars, [Wesley] used A-arm suspension on his race car. By replacing the upper arms with telescopic tubes with mounted actuators, the geometry can be actively adjusted. For this proof of concept, he used linear actuators but plans to switch to a hydraulic system to improve speed and force. A-arm length is sensed by ultrasonic sensors, while a potentiometer senses suspension position.

Tuning the software for optimal performance will likely require some on-track testing which we hope to see in the future. it is not the first time [Wesley] took inspiration from a multi-million dollar project and implemented it in his garage. Just find out how he converted a Miata and a Harbor Freight engine to a Free Valve system.