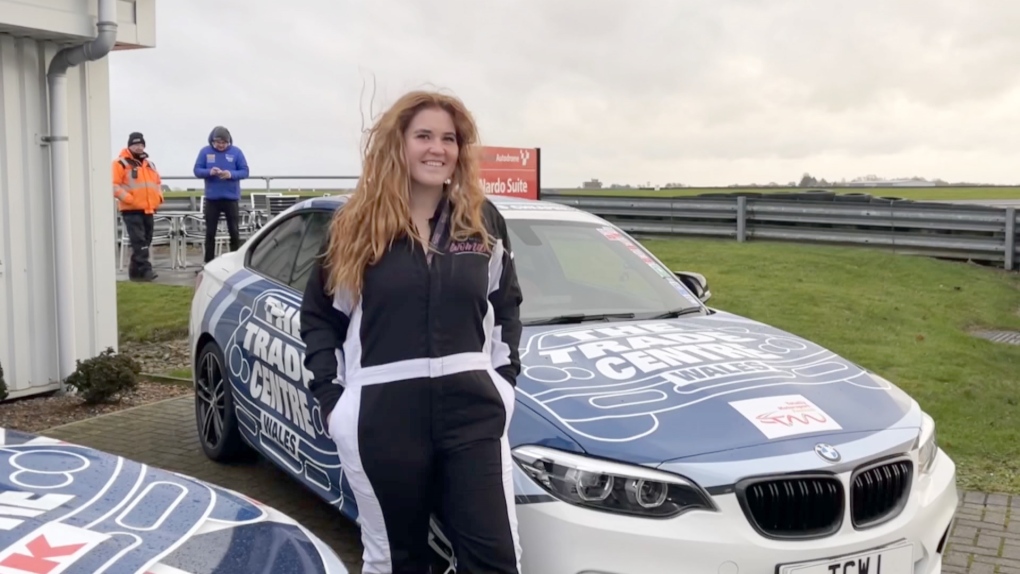 On this day, Bygrove prepares the pro shop for the upcoming season. But that’s not the only thing she’s thinking right now.

The 27-year-old will travel to the UK in early March to try to earn a place in the Formula Women racing series.

Bygrove entered a competition and was selected. She was one of only three Canadians to travel overseas and says she can’t believe there are only a few weeks left.

“I was actually amazed. I was like, did it work,” she said.

“I’m the only one in Western Canada who’s done it, which is awesome.”

Bygrove knows it won’t be easy. There will be a lot of completion and it will be fierce.

She will face many other women who also want to win a seat. Bygrove says she knows the odds aren’t good but she’s willing to do her best.

“So it’s 800 (down) to 50. Then it’s down to 15 and then they get to the bottom four. So to get there you need to have physical strength, driving skills and a good attitude.”

These are things Bygrove believes she has and she says she’s going to do everything she can to make the final four.

“I expect to win a seat because I believe I can do it and it would just be another opportunity to excel at something else that I’m passionate about.”

Bygrove is definitely a motor racing enthusiast. She is a big F-1 fan and says she was lucky to be at the last race of the season in Abu Dhabi.

She still can’t believe she was there to see Max Verstappen controversially win the championship against rival Lewis Hamilton.

“One last round to settle it,” she said.

“Everyone was going crazy and it was like a unique opportunity to see and witness the history of the sport.”

Women’s racing is growing in popularity in Europe and maybe one day we will see a female driver take up an F1 seat. Bygrove would love that.

“Oh, that would be mind-blowing,” she said.

The competition to find the next talent on the Formula Women racing circuit begins on March 2 and will last for two weeks.