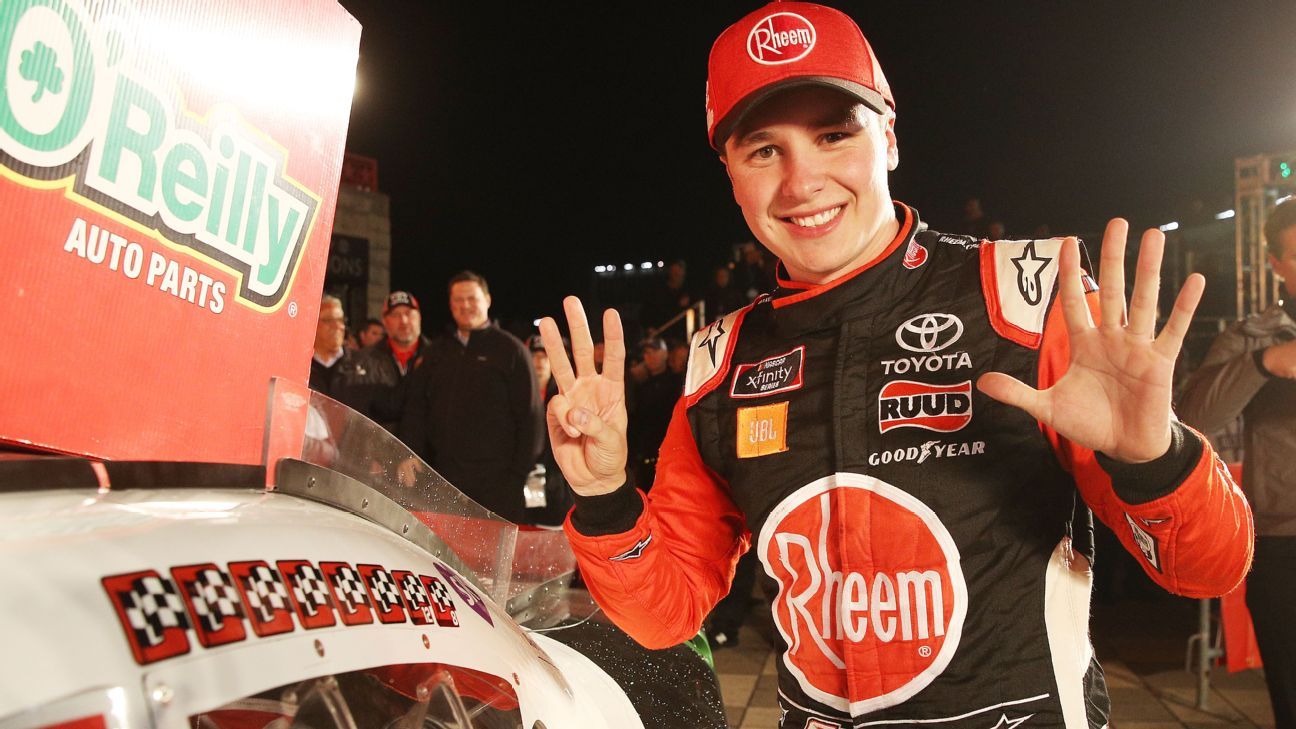 The road to landing a Cup Series race with Joe Gibbs Racing was a bumpy one for Christopher Bell, who was hired for the coveted position after the team told Erik Jones he was being let go at the end of the season.

Gibbs’ decision blindsided Jones, who believed contract extension talks were progressing. That was before Leavine Family Racing announced its closure at the end of this season, a move that could have put Bell out of work.

The 25-year-old from Oklahoma is a longtime development driver for Toyota, a former Truck Series champion and twice came close to winning the Xfinity Series championship driving Gibbs. With Leavine’s seat gone, Gibbs and Toyota had to find a place for Bell. This came at the expense of Jones.

“Uncomfortable is a good way to put it,” Bell said Tuesday. “I don’t think any of us, myself, Joe Gibbs Racing, Toyota, any of us expected the whole LFR deal to go the way it did, so I think it put everyone in a little box.

“A few weeks ago, I wasn’t sure how I was going to be able to continue my relationship with Toyota, and I was pretty scared by it. They’ve been the centerpiece of my career, whether it’s NASCAR racing or dirt racing. I didn’t want it to end.”

Leavine said a week ago it was closing, and Jones was told Gibbs would not be renewing his contract two days later. Bell was officially announced Monday as the next driver of the No. 20 Toyota.

It ended a whirlwind week in which Jones appeared to be the last to learn his job was in jeopardy. Another longtime Toyota-backed driver, he has two victories in 133 Cup Series starts. He won the Truck Series Championship in 2015 and was part of the Gibbs organization for his entire NASCAR career.

“I was a little off guard. I didn’t expect that, coming from our discussions,” Jones said on NBC Sports ahead of Sunday’s race. “I thought we were moving in the right direction.”

Bell said the way things turned out was “bittersweet” because it cost Jones his job. Bell followed Jones’ exact path through the NASCAR National Series and progressed each time Jones was promoted. The two are also de facto teammates since Leavine is a partner in Gibbs’ four-car organization.

“It was a tough place,” Bell said. “I didn’t envy coach Joe Gibbs at all. He had to make an extremely difficult decision about what he wanted to do. Luckily it worked out for me, but I understand it’s a very difficult situation and I felt a lot of remorse for Erik because he was kind of a guy that I followed in the same path and he was with Toyota just like me.