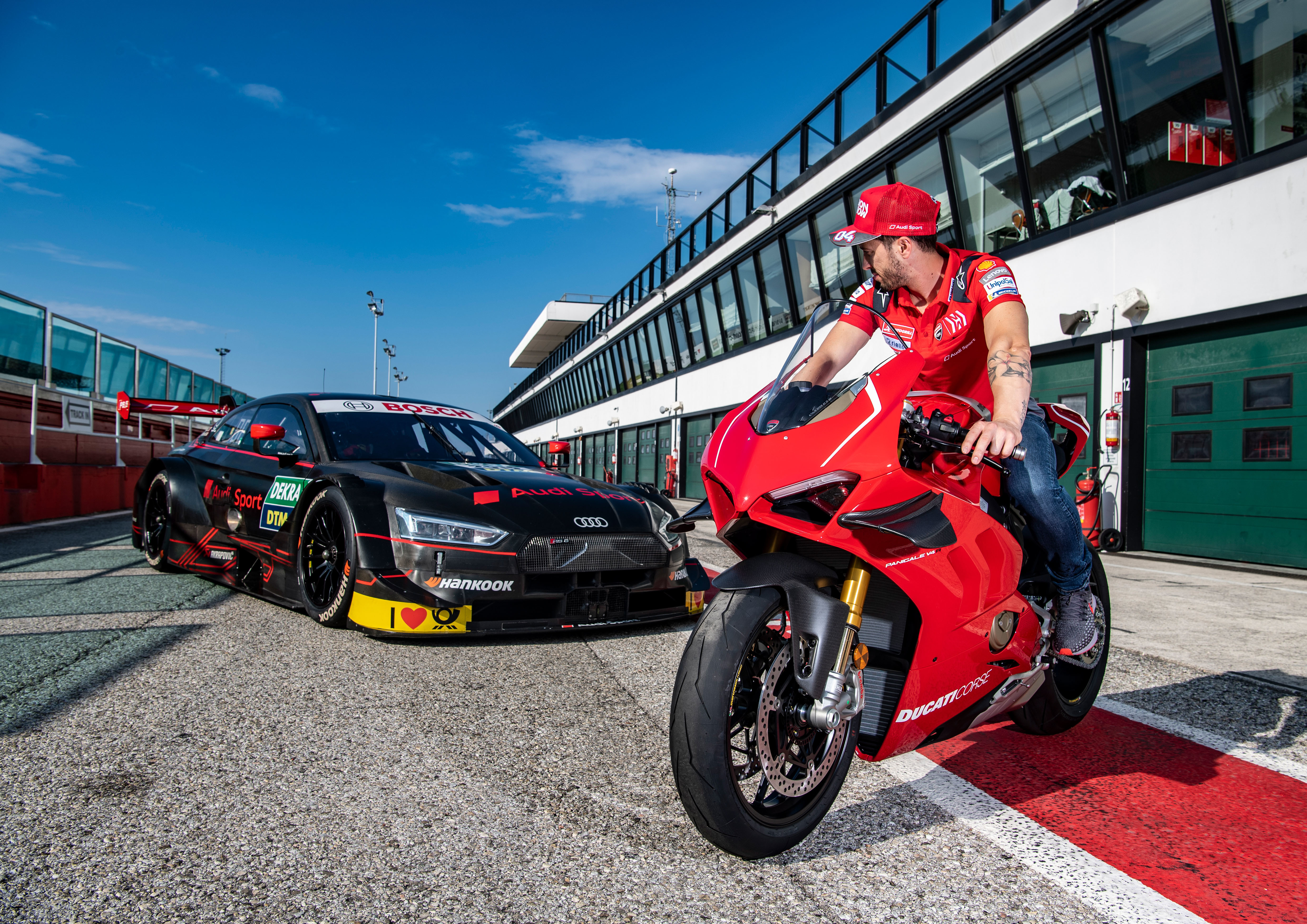 Andrea Dovizioso says adapting to the lines and racing capabilities of the Audi DTM car compared to his more familiar Ducati MotoGP machine has become his biggest test.

The Ducati rider stepped up his DTM preparations with a day and a half of testing with Audi at Misano ahead of his special outing on the Italian circuit next month.

Dovizioso, who travels to Mugello this weekend for his MotoGP home round ahead of his DTM outing, said the hardest part of adapting from two wheels to four has been changing the mindset on the racing lines at Misano given his rich experience on the Grand Prix Course circuit.

“The biggest challenge for me was the race line. It is of course completely different with the RS 5 DTM compared to the Ducati Desmosedici, ”said Dovizioso. “I was amazed at how easy it is to control the race car when the rear gets nervous. Even at low revs, the engine has enough power to control minor slippage.

” It was very fun ! I just like new challenges. And driving a powerful race car like the RS 5 DTM to the limit on a full scale race track was definitely a new experience for me. It was really nice.

Dovizioso also believes adjusting to the limits of the Audi RS 5 DTM machine took time due to his inexperience, but advice from two-time DTM champion Mattias Ekstrom has shown him that clear progress has been made over the course of of the test.

“The biggest challenge for me was to hit the limit on the fast corners, especially in the first six or seven laps,” he explained. “I just didn’t have a sense of it.

“DTM race cars generate so much downforce that in theory you can do a lot more. It is very different from the MotoGP motorcycle.

“I knew the DTM riders were attacking some corners hard. When I drove these passages myself with the RS 5 DTM, I thought it was impossible. But then Mattias helped me a lot.

“The support I received was just overwhelming. We made perfect use of the time we had for testing. We not only did a lot of laps, but we also simulated a lot of situations that will arise during the race, for example my starts, my pit stops and tire management.

Despite his growing confidence, Dovizioso has played down specific goal setting and wants to enjoy the experience with Audi.

“When it comes to the end result, I have no expectations,” he said. “The level of competition in DTM is known to be extremely high. I’ve watched a lot of races and they all seem very close.

“I’ll try to keep pace, but that’s about it in my opinion. In a lot of situations you need experience, which I obviously don’t have. For this reason, I will not set myself unrealistic goals; I’ll just enjoy it.

Dovizioso is the first DTM guest driver in 2019 following the introduction of one-off additional drivers in the championship.

Dovizioso takes Pietro Fittipaldi’s seat at Audi Sport Team WRT for Misano as the Brazilian driver will be in Canada as a Haas reserve driver in Formula 1.