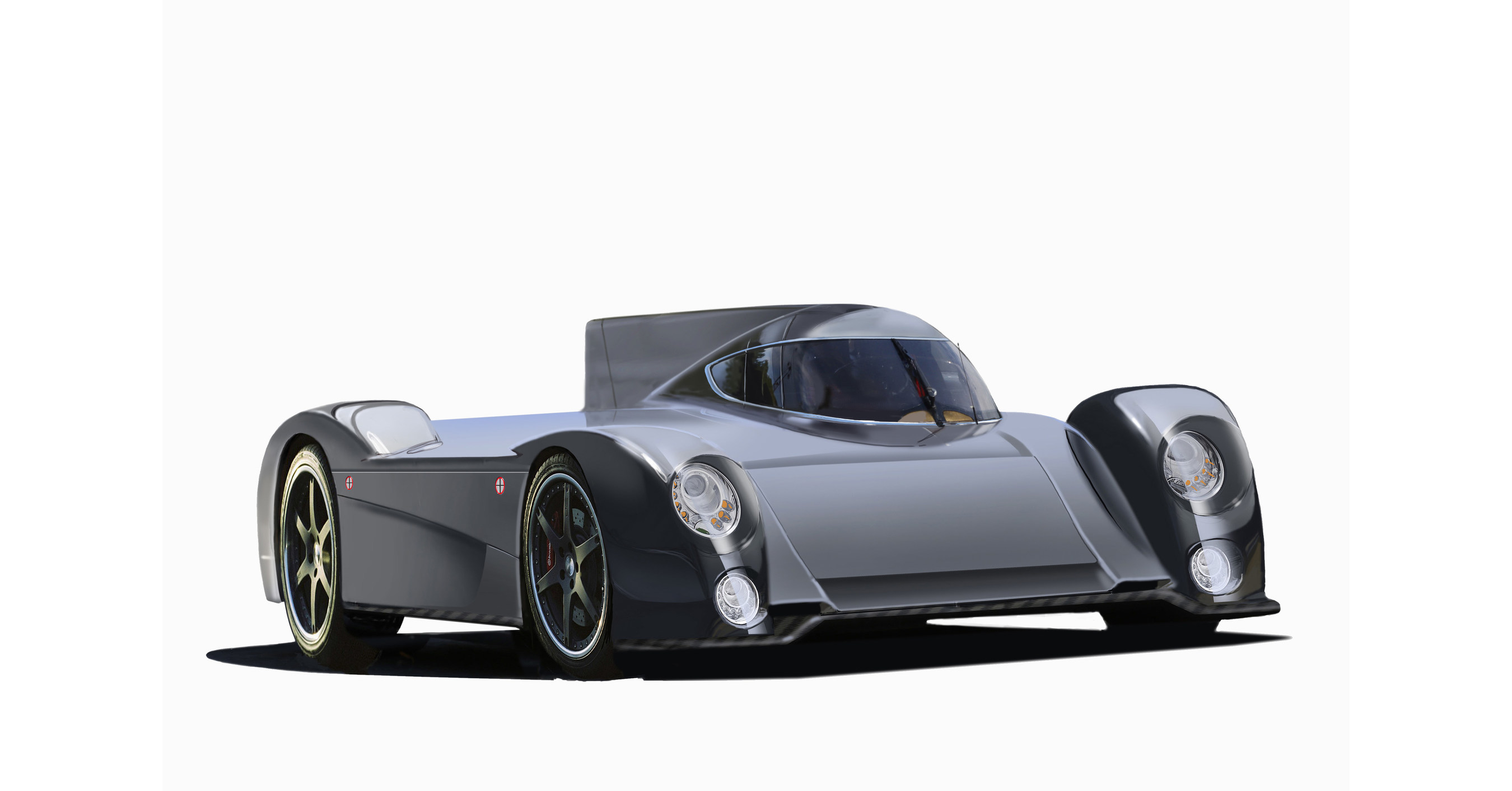 Don Panoz, president and co-founder of Green4U Technologies, Inc., this morning unveiled the new race car concept during an announcement at the company’s 24 Hours of Le Mans Village exhibit. Called Green4U Panoz Racing GT-EV, it is developed at the company’s design and engineering center in Braselton, Georgia.

“We’re starting it here at Le Mans because of the history of this iconic race where the brightest, most ambitious and toughest competitors always push the boundaries of motorsport and motor racing. ” Don Panoz noted. “We pushed the boundaries when we brought in Sparky [the 1998 Panoz Q9 GTR-1 Hybrid] and the DeltaWing at Le Mans, and we’ll do the same with the all-electric GT-EV.

“Our goal is to have our car run in a race, maybe even apply for a future Garage 56 location, and apply what we are learning to our Green4U EV vehicle designs.”

Jack Perkowski, CEO and Co-Founder of Green4U Technologies, Inc., added: “The development of an all-electric racing car that can compete with the best internal combustion engine racing cars puts Green4U at the forefront of electric vehicles.

The Green4U Panoz Racing GT-EV team, led by the VP of Engineering and Design Brian Willis, described the original design and performance goals of the race car:

“Our team is focused on achieving the speed and range of today’s road racing sports cars,” said Willis. “The key is the ability to go as far as gasoline and hybrid race cars with the power contained in a single battery, and then change the battery for about the time it takes them to fill their tanks.”

Don Panoz considers the Green4U Panoz Racing GT-EV to be the “holy grail” of racing, and is a strong supporter of “roots in racing” and pioneering and innovative technologies across motorsport.

Green4U Technologies, Inc. also revealed renderings of its street-legal sports car project based on the GT-EV. Conceptualized by a renowned automotive designer Peter Stevens, which has helped in the design of many vehicles such as the Panoz Esperante GTR-1, the design includes a unique two-passenger jet fighter-style cabin where the passenger sits behind the driver.

ABOUT Green4U Technologies, Inc. Founded in late 2016, Green4U Technologies, Inc. acquired BraseltonDeltaWing Technology Group, founded this year, to serve as the base for the company’s EV operations. Don Panoz originally created the DeltaWing Technology Group to consolidate its organization’s expertise in the design, engineering and manufacturing of transportation, aerospace, aviation, defense and powersports. In addition, Green4U acquired Panoz LLC and Team Panoz Racing.

As a result of these acquisitions, Green4U Technologies, Inc. immediately realizes powersports development, engineering and manufacturing expertise and capabilities.

ABOUT PanozFollowing its successes in the pharmaceutical and resort industries, Don Panoz turned his attention to motorsport and left indelible marks in the racing circles of IMSA, IndyCar and Champ Car World Series sports cars.

In 1997, Panoz created the Panoz Esperante GTR-1, the first successful mid-engined racing car prototype in over 30 years of racing. He followed that up a year later with the world’s first successful modern hybrid racing car – the Panoz Q9 GTR-1 Hybrid – affectionately known as “Sparky”. More recently, he continued his beliefs of “never going with the status quo” by driving the DeltaWing Roadster and DeltaWing Coupe race cars, competing with about half the horsepower, about half the weight, and significantly lower fuel mileage. to that of its competitors.

More details on the specific battery of the Green4U Panoz Racing GT-EV, the electric motor, other relevant technologies and the GT-EV sports car approved for the road will be available at a later date. For more information on Green4U technologies, please visit https://www.green4u.com/