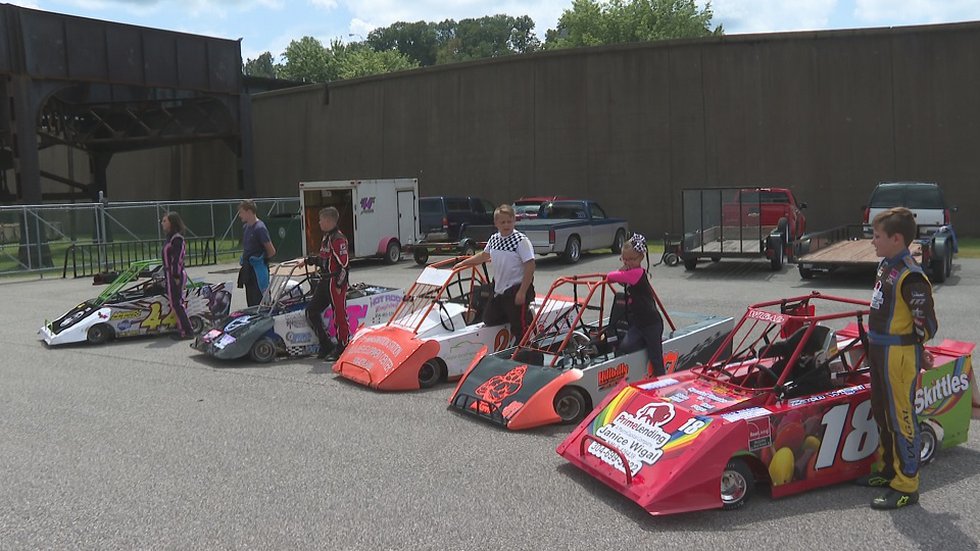 While most children don’t drive until they are teenagers, many children will get behind the wheel of their own vehicle.

On Saturday, August 17, drivers will race mini-wedge cars around an oval track on the sidewalk near Point Park Marketplace.

Drivers say it could be an interesting race as these cars are normally driven on dirt tracks.

“It will be different for all of us, which we are not used to doing on this type of surface. The dirt is really tough, it’s going to be harder for us to get used to.

Talking to the organizers, they are thrilled with the event and love seeing the kids doing something they love.

“Well, what I love is getting these kids out, getting rid of their computers, their Ipads, their Xboxes and they have to work on their car, change the tires; they have to clean them. There’s gear ratios, there’s calculations, tire pressures, so you see a lot of kids going up and down tires on their cars and changing things around so there’s adjustments like anyone what other racing car.

As for the drivers, they say that if you are a kid and have an interest in racing, this level of competition is the perfect stage to get involved.

“You should come here and try it because these cars aren’t that expensive, they’re not as expensive as a big car, like I said, they’re cheap. That’s not the thing the hardest to work on so if you’re worried about not being fast enough because you can’t go fast enough in those things it’s mostly about driving because there’s not a big -thing you can do to go faster.

Organizers and riders hope to see fans participate in the event organized with the help of Parkersburg Homecoming.