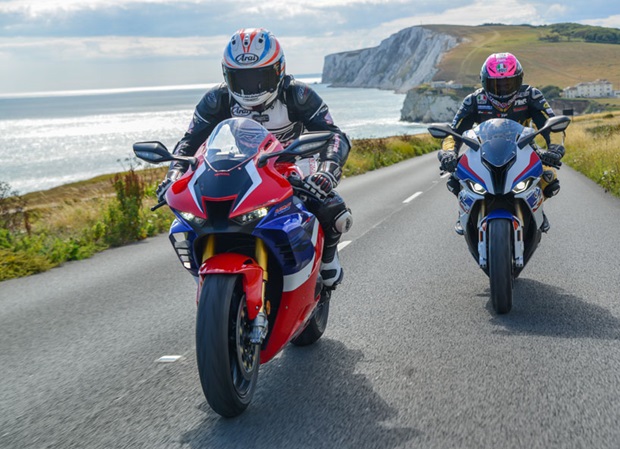 We all know how runners battle each year on the 37.73 mile mountain course through the roads, trees and houses of the Isle of Man. Unfortunately, this year the IOM TT (Isle of Man Tourist Trophy) was canceled due to the current pandemic, but next year we will have the chance to see another event.

The Diamond Races will take place on a 20km long course in the south of the Isle of Wight, just two hours from central London, UK. The road race will pass through the villages of Chale, Kingston, Shorwell and Brightstone as well as a fast five-mile coastal stretch along the Military Road. Spectators and road racing fans will be able to see the Superbike, Supersport and SuperTwin series in action on the 12.4 mile loop as well as a sidecar racing demonstration.

The Diamond Races will be run under strict rules imposed by the sport’s governing body, the ACU (Auto Cycle Union), through which all British motorcycle sport is administered. Besides road races, the event focuses on road safety as well as the importance of safe road use. In addition to the races, the organizers will offer the possibility for motorcyclists to ride the Diamond Races course, animated by professional road races to live the experience of road racing on safe, closed and controlled roads to promote safety. road.

Additionally, the Diamond Races have been developed with the help of the local Isle of Wight Council and some expert motorcycle racing. Among the organizers, there are some important names including Gary Thompson MBE (Isle of Man TT Clerk of the Course), Steve Plater (former winner of the Isle of Man TT Senior and former British champion), Neil Tuxworth (ex-Honda Racing Manager) as well as James Kaye (former British Touring Car Championship driver and co-founder of Diamond Races) and Matt Neal (three-time British Touring Car Champion and Honda Ambassador to the UK).

The Diamond Races are scheduled to take place in October 2021, with two days of practice on Wednesday and Thursday, followed by time trials on a Saturday. At the moment there is no exact date set for the event, but the official date for the Diamond Races will be announced after the publication of the 2021 British Superbike calendar.

The aim of these races is to become a year-to-year event scheduled as a celebration to end the motorcycle road racing season while the Diamond Races are scheduled to take place a week after the end of the UK season of Superbikes at the Brands Hatch circuit in Kent.

It will be the first time that a professional road race has taken place on the Isle of Wight, which will be a good reason for the motorsports industry to bring together racing fans and spectators from a total population of 17 million people who live in the UK. London and South East region.

It all sounds great and we have to say that motorsport needs more events like these. So we can’t wait to see these guys racing the wire next year.