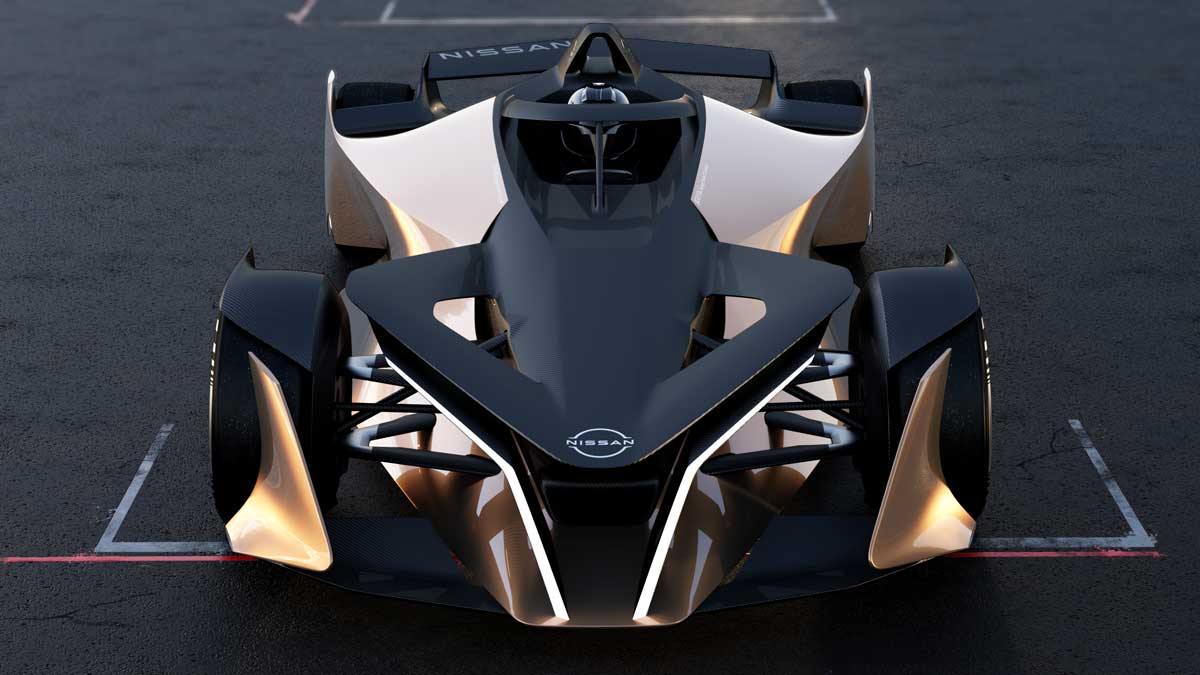 Nissan has unveiled a high-performance Formula 1-style single-seater based on its all-electric Ariya powertrain, presumably in an attempt to demonstrate just how powerful its next-generation electric vehicle could be if it were a race car. , not an SUV.

The main idea was to create the most aerodynamic body that would allow maximum performance and range from electric propulsion. The result is work that looks like a modern interpretation of Formula E cars, but retains some of Nissan’s characteristics.

“At Nissan, we dare to do what others don’t. With this concept, we want to showcase the high performance potential of the Ariya’s powertrain in a motorsport-inspired package that not only hints at the design and styling of the road car that inspired it, but which also demonstrates a new efficient EV performance language.

“As a test bed for future technological evolution, this project can help bring excitement from the road to the race track, and also demonstrate Nissan’s expertise in knowledge and technology transfer. from the race track to the road. “

The lines, which were created under the guidance of Nissan’s design director Alfonso Albaisa, represent a mix of motorsport and production cars. The current Formula E racer can be clearly recognized as a source of creative inspiration.

The Ariya single-seater concept, largely in carbon, takes up details such as the largely self-supporting wheels, the basic shape of the nose and front spoiler or the rear fender that visually emerges from the chassis. There are also typical features such as the roll bar and the halo safety system above the cockpit.

The Single-seater, as its name suggests, is distinguished above all by its open central cabin. The partially covered rear wheels and exposed wishbone independent suspension also make an interesting impression.

The styling cues that characterize Nissan’s new electric workhorse Ariya are also found in the single-seater concept in a tailored form. For example, he wears a livery using a two-tone design that plunges the Ariya concept study in black at the top and bronze at the bottom.

While a production version is out of the question, Nissan officials say the concept will have an impact on future models of the brand, possibly hinting at a future electric sports car. Currently, such possibilities include the all-new 400Z and its GT-R stable mate. Both are currently only available with a combustion engine, but will likely give way to electrification in the near future.

Nissan Australia told The Driven that the Ariya electric SUV is still unconfirmed for Australia.

Bridie Schmidt is a senior reporter for The Driven, sister site of Renew Economy. She has been writing about electric vehicles since 2018 and has a keen interest in the role zero emission transport must play in sustainability. She has participated in podcasts such as Download This Show with Marc Fennell and Shirtloads of Science with Karl Kruszelnicki and is a co-organizer of the Northern Rivers Electric Vehicle Forum. Bridie also owns a Tesla Model 3 and offers it for rent at evee.com.au.