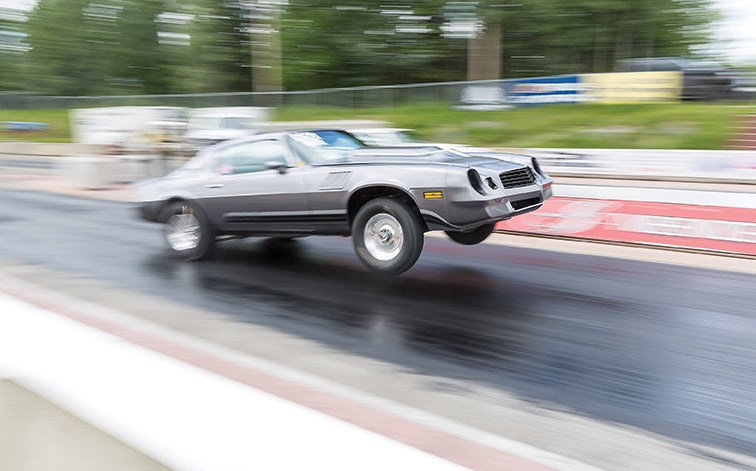 
1 / 1
Citizen photo by James Doyle/Local Journalism Initiative. A racer takes off from the starting line at NITRO Motorsports Park on Sunday during day two of the Summit ET Bracket Racing event.

The sounds of revving engines and cars rolling down the track returned to NITRO Motorsports Park this past weekend. The quarter-mile drag strip hosted its first race of the season, the two-day Summit ET Bracket Racing event. The race was due to start on Saturday morning, but Mother Nature had other ideas and the skies opened up soaking the track after less than a handful of runners made their first run on the track. After a 30 minute shower, the sun came out again and the track crew spent almost two hours drying out the track only for the skies to darken and the rain to fall again, stopping any racing from happening. take place for the rest of the day. . Sunday morning, the conditions were much better and a dry track allowed the twenty-five riders taking part in the weekend’s event to take turns overtaking on the drag strip. Drivers competed in the No Box, Box and Junior classes.