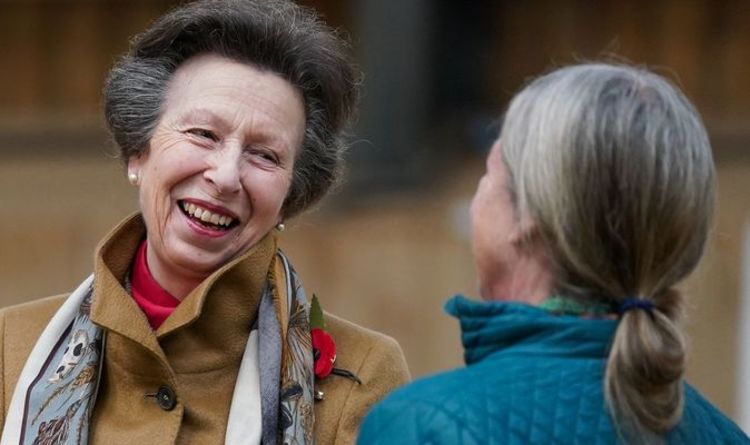 The daughter of Queen Elizabeth II visited the Riding for the Disabled Association (RDA) on Saturday. During her visit, the Princess Royal engaged in a hilarious conversation with one of the Young Horsemen, known as Ryder.

RDAnational tweeted the exchange: “‘Are you the queen?’ Ryder asked.

“‘No, the queen is my mother’ replied the princess.

“‘You are very beautiful … and very sexy!’ Ryder said.

“There is a beauty in working with children, they will go out with anything!

“It was an exchange between #HRH and one of our runners.”

Princess Anne visited the association as she celebrated half a century of work for the RDA (Riding for the Disabled Association).

Anne became a patron of the organization in 1971, before becoming president in 1985.

The RDA is a charity that connects people with disabilities and horses.

According to Anne, she made her debut in public competition at the age of 11.

A series of victories followed, including a victory in a show jumping event hosted by the Queen at Windsor Home Park.

Princess Anne made history when she became the first British royal to compete in an Olympics.

The Princess Royal was part of the three-day eventing team at the 1976 Games in Montreal.

In the event, Anne rode her mother’s horse Goodwill.

It also sparked a romance with eventual husband Mark Phillips, a reserve for the 1968 British Olympic Equestrian Team.

Princess Anne was an integral part of the team that brought the Olympics back to London in 2012.

She would have done everything in her power to secure the winning bid.

London 2012 was a source of pride for Anne as her daughter Zara was part of Team GB’s eventing squad.

Anne presented her daughter with an Olympic silver medal after the team finished in second place.