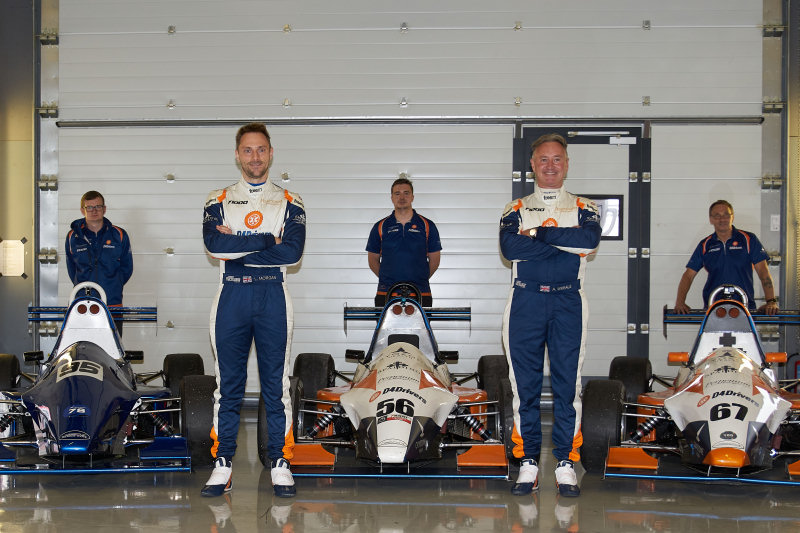 A racecar driver from Shropshire has risen to the top of the F1000 Championship lead – with just five races to go this season.

Ryan Vaughan of D4Drivers said: “We are so excited for Lee and we will do everything for him in the next five races.

“He did so well and it will be a fantastic achievement whether he wins the championship or not.”

The busy race day of August 14 saw 22 cars lined up on the grid, with qualifying and two races in a single day.

Qualifying was cut short when two cars collided, resulting in an early checkered flag. Mr. Morgan found space early in the session with a good enough time for second position.

Mr Wheals struggled to find a clear lap and had to settle for 21st.

In Race 1, Mr Morgan got off to a good start and fought hard into the first corner but was denied the lead.

He said: “As the race settled in I was able to hold the gap to the leader as the race quickly became a two horse race.

“I started to close the gap and put the pressure on. It was an exciting battle, which ended with me in the lead.

Mr Wheals got off to a great start taking a few places at the start and made further progress to finish in 15th place.

Mr Morgan said: “When the race resumed I lost the lead and fell to third but fought my way back to second but it was too late to fight for the lead.”

In Race 2, Mr Wheals crossed the finish line in 12th position, moving up nine places from his original position – his best result of the season.

“It would be an incredible achievement for me and for the team. I am delighted with the performance of Perpetuum Motorsport this season.”

Perpetuum Motorsports is sponsored by D4Drivers, headquartered in Shropshire.

The company sometimes carries out suitable motorsport medical examinations for drivers, including evenings and weekends, at 85 locations across the UK.

The next round of the championship will take place at Oulton Park on September 4.