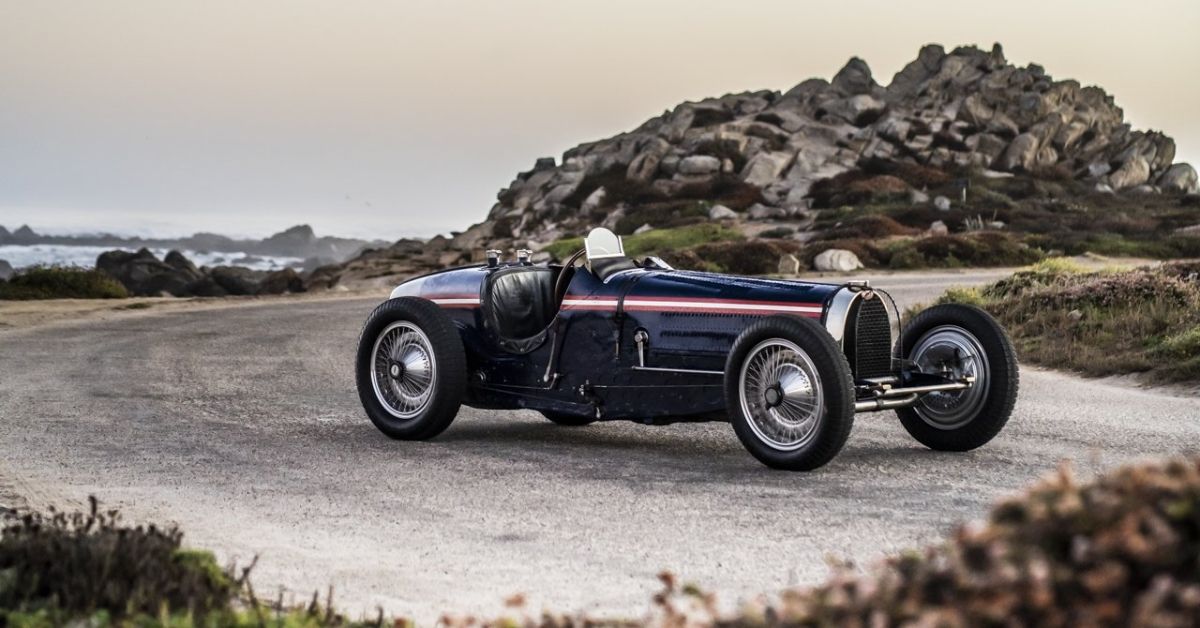 Bugatti is a curious case of car manufacturer. It was originally founded in 1909, but in its original incarnation it produced just over 8,000 cars and virtually ceased to exist after the death of Jean Bugatti in 1939 and then the death of his father and company founder, Ettore Bugatti. , in 1947. This meant there was no successor to lead Bugatti, and in its original form it disappeared in 1963. However, it now lives on as part of the VW Group and produced cars such as the Veyron and Chiron, as well as their first supercar, the iconic EB110.

Famous for its racing and aviation operations, the 1930s were somewhat of a golden age for the company. It was perhaps these early Grand Prix racing cars that the Bugatti company is most famous for, and they certainly produced some of the finest automobiles in automotive history. One of the most emblematic is certainly that of the Bugatti Type 59, which saw the light of day in 1931 as the Type 51, a car which enjoyed some success but which, overall, could not compete with German and Italian cars. But as we will see throughout this report, the ultimate evolution of the car, the Type 59, is perhaps the most beautiful Bugatti racing car of all time.

What became the Type 59 first appeared in 1931 as the Type 51. This car was powered by a 160 bhp twin overhead camshaft supercharged 2.3 liter engine, a development of the power plant with a found single-shaft straight-8 in the legendary Bugatti Type 35B. Indeed, the Type 51 was visually quite similar to that of the Type 35B, showing the direct parentage between the two. Remarkably, the success of the Type 51 was limited and around 40 Type 51s and 51As were produced in total. Victory in the 1931 French Grand Prix was one of the Type 51’s rare moments of success.

The car would evolve further, into the Type 53 and subsequently the Type 54. The Type 54 also appeared in 1931, this time being powered by a 4.9 liter double overhead cam engine, which produced almost double the power of the Type 51. at 300 hp. Nobody really knows how many of these were built, and rumor has it that only four or five of these cars were created. This makes the Type 54 one of the rarest Bugattis ever created and one of the rarest racing cars in the world. The first example built, chassis number 54201, still exists today.

The final evolution of the Type 51 was the Type 59 itself. It would be Bugatti’s last racing car of the 1930s, and the Type 59 first appeared in 1934. It was powered by an enlarged 3.3-litre straight-eight engine, an improved version of the straight-eight found in the Bugatti Type. 57. All of this was mounted on a modified Type 54 chassis to create the Type 59. It was a lighter version of the previous one, with a lower center of gravity, but it still retained classic Bugatti features such as wheels Piano Wire now iconic.

Often described as the quintessential Bugatti Grand Prix, the Type 59 enjoyed some success. An example that was part of the Bugatti Racing team in 1934 and 1935 won the Belgian Grand Prix the previous year, when driven by famous French racing driver René Dreyfus. In 1937, it was transformed into a sports car and eventually fell into the hands of King Leopold III of Belgium. This truly unique machine still exists today and in 2020 it was auctioned by Gooding & Company of Great Britain. The car sold for the astonishing sum of £9.5 million, or $13.2 million, a truly staggering sum of money.

A true work of art

The Type 59 seems to resonate the most with people when they talk about Bugatti’s Grand Prix racing cars. Remarkably, only seven of these stunning works of art were built. While it’s not the company’s most successful car, that hasn’t stopped it from earning a place in the hearts of many classic car and racing fans. The long, low, lean and slender body, combined with the Piano Wire wheels and other intricate design details, elevates it even further above all other Bugatti racers. It debuted just before the company’s true demise, and so it’s perhaps the appropriate swan song for what we know as the true original Bugatti.

Only four of these remarkable cars exist today. In 2019, Classic Driver managed to reunite the four survivors for the first time since 1935, leading to some of the finest shots of these iconic Grand Prix cars we have ever seen. The Type 59 is certainly one of Bugatti’s most iconic cars. What helped make the car so special was the fact that it still had lineage from the Type 35, another popular Bugatti racing car of the time. Proportionally, there is an argument to say that the Bugatti Type 59 is the most beautiful Grand Prix car of the 1930s. Even small things such as the riveted spine on the rear section stand out on the Type 59, and among all other racing cars of the time. Art can be subjective. There is certainly no argument against saying, however, that the Bugatti Type 59 is art in one of its most beautiful forms.

NEXT: 8 Japanese Cars That Wrecked… But They’re Really Cool

Covering everything from JDM cars to classic jets. Has been contributing to HotCars since fall 2018. Writes features, news and list articles.