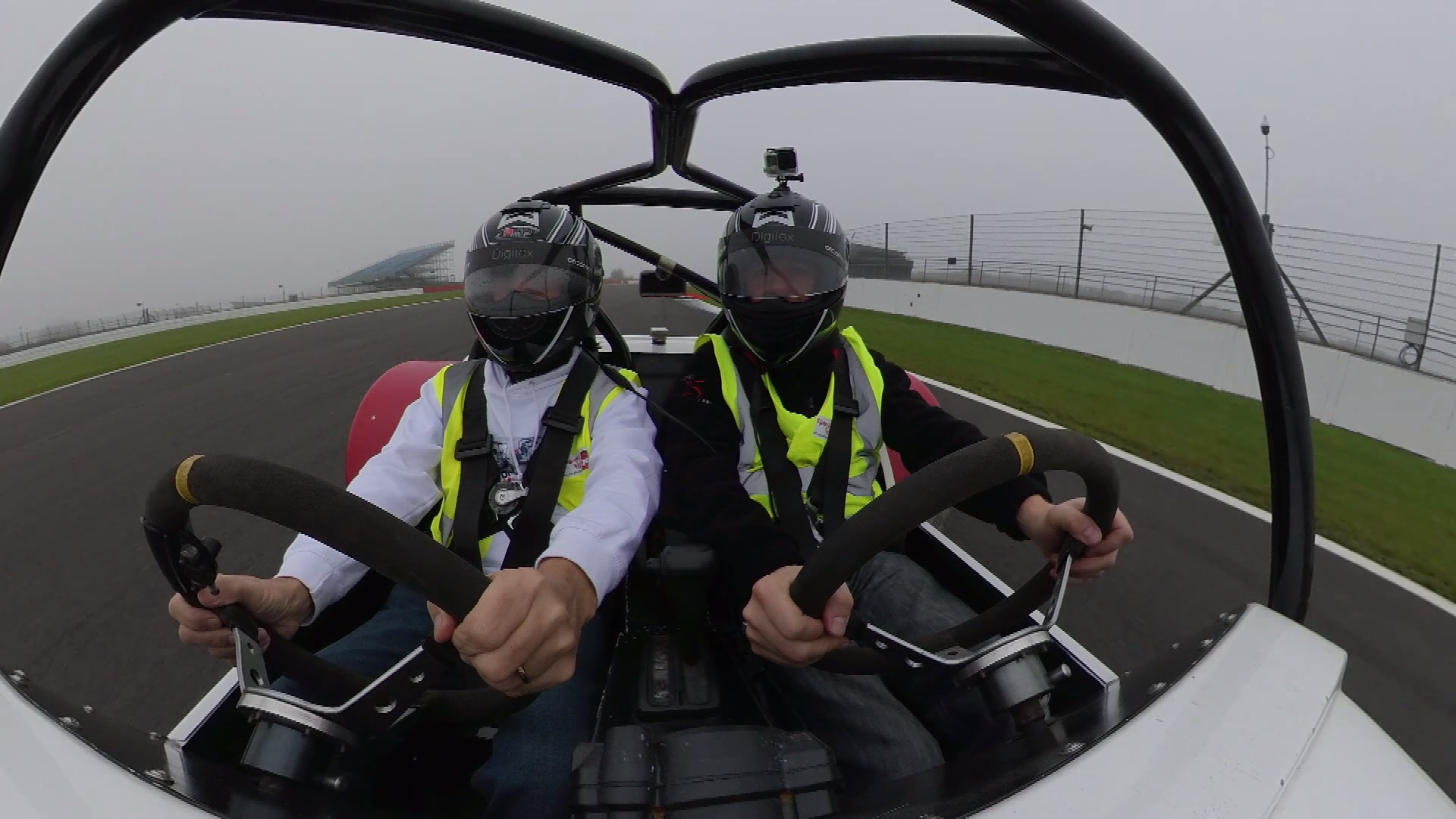 A group of people, who are not usually allowed to drive a car, took part in a track day at the Silverstone circuit in Northamptonshire.

The charity event, hosted by Speed ​​of Sight, saw people of all ages and abilities racing in specially adapted vehicles.

Michael is blind and unable to hold a driver’s license, but he was one of 20 who had the chance to take on the famous Formula 1 circuit in a specially adapted car.

Sport in general is a fantastic way to interact with people, participate and be a part of something and motorsport is just as exciting. So I wanted to give people, who were excluded in the past, the intoxication and excitement of riding on racing circuits. So we have specially adapted cars, in collaboration with our instructors we keep them safe, but we give them a good time.

Lewis Hamilton’s brother Nick, who has cerebral palsy, also took to the track for a ride.

In 2015, he became the first disabled driver to compete in the British Touring Car Championships. Today he drove with a blindfold.

I would say this is the best experience I have ever had in a race car, I had complete confidence in my instructor martin who I have been with for a long time so it was great to be in communication with him . And obviously I know Silverstone, I raced here two weeks ago so that helps me … but it was amazing, I wanted to keep going to be fair.