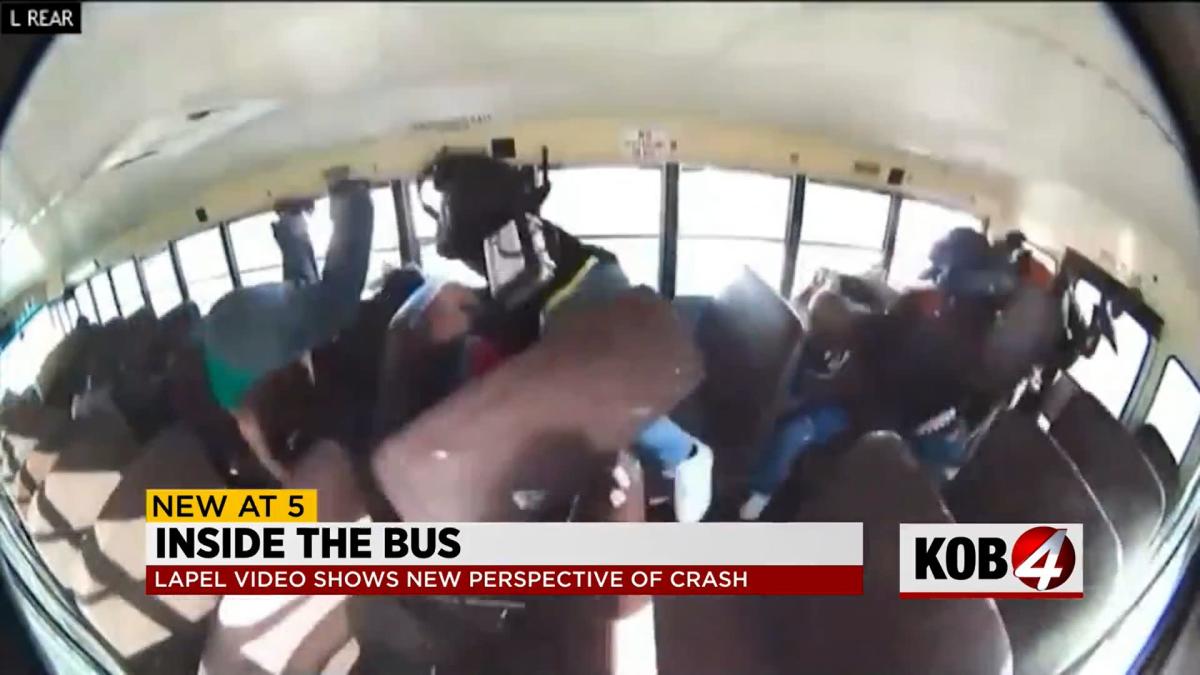 Dramatic new video shows a high-speed car slamming into a school bus full of children, who were sent flying in all directions.

More than half a dozen students in Albuquerque, NM, were reportedly injured in the shocking crash earlier this year, but no fatalities were reported.

Children are thrown out of their seats inside an Albuquerque, NM school bus when it was struck by a vehicle. (KOB4)

Witnesses told local station KOB4 the crash was the result of a high-speed race between a white Ford Mustang and a blue one, both traveling at over 100mph. The school bus driver said he saw danger approaching, but had nowhere to go.

“They were speeding down every lane,” he told police. “And the guy had nowhere to go – so when I was on the other side, this guy was beating him up, so he ran into me.”

Video from inside the bus shows nearly two dozen unsuspecting children suddenly flung in all directions as lightning from a white automobile strikes the side of the transporter, flipping it on its side.

This car was allegedly driven by a man identified as Mario Perez. He assured police at a New Mexico hospital after the accident that he was going nowhere and was unable to walk. Authorities reportedly charged Perez with reckless driving, although he was allowed to return home to await trial. ABC News said he suffered a broken femur.

The man he was running with has not been identified or apprehended, although the cops have a strong lead on this individual.

KOB4 reports that seven children have been hospitalized, with injuries including broken legs. A timestamp on the police video indicates the accident happened around the end of February.